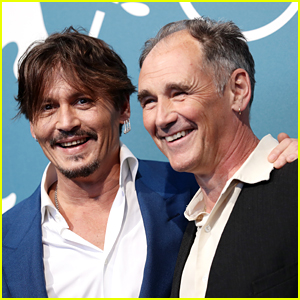 Mark Rylance is opening up with his thoughts on the allegations made against Johnny Depp.

The Oscar-winning actor stars in the new movie Waiting for the Barbarians with Johnny.

Johnny was accused of domestic violence against Amber in an op-ed that she wrote for the Washington Post and he is suing her for $50 million for defamation.

“My impression of him was a very loving and very sensitive and very trustworthy person,” Mark said in a new interview with The Times UK. “Intensely, intensely shy. You know? Like Daniel Day-Lewis and so many great actors are. The accusations that were around at the time we were making the film were of physical violence. And he obviously denied this and I found his denial completely believable. It didn’t seem to be part of his character at all.”

See the latest update in Johnny‘s defamation lawsuit against Amber.