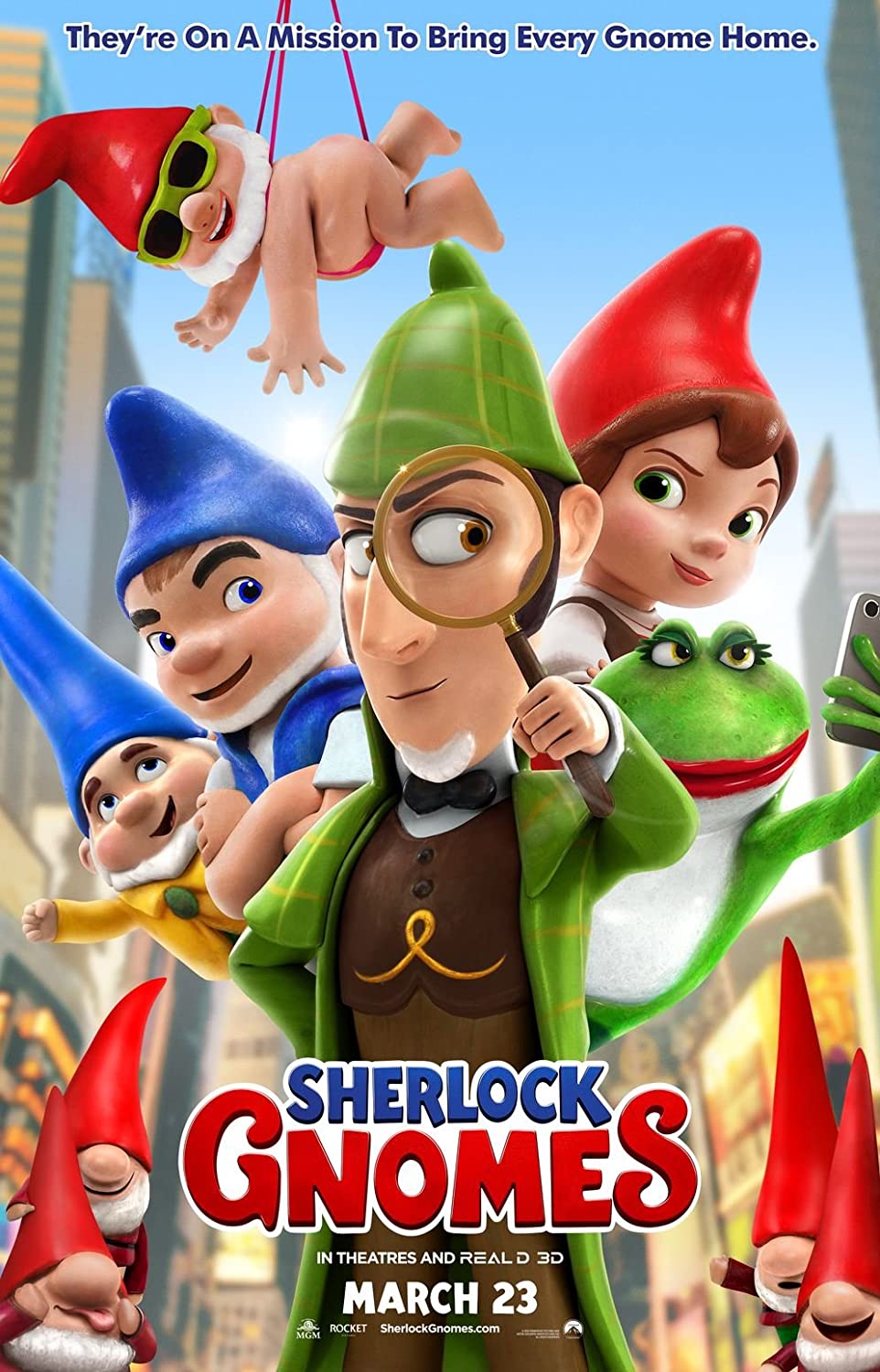 Information
Sherlock Gnomes is a 3D and 2D computer-animated comedy family movie directed by John Stevenson. It’s a sequel to Gnomeo & Juliet, which was released back in 2011. Johnny gave his voice to the main character of the movie, Sherlock Gnomes. It also features the voices of Mary J. Blige, James McAvoy, Emily Blunt and Chiwetel Ejiofor. The film was produced by Paramount Animation, Metro-Goldwyn-Mayer, and Rocket Pictures plus the animation service provided by Mikros Image. Sherlock Gnomes is the first film from Paramount Animation to be entirely animated, and the first animated film from Metro-Goldwyn-Mayer since 2008’s Igor. It received generally unfavorable reviews from critics and has grossed $36 million worldwide.

Synopsis
When Gnomeo and Juliet first arrive in the city with their friends and family, their biggest concern is getting their new garden ready for spring. However, they soon discover that someone is kidnapping garden gnomes all over London. When Gnomeo and Juliet return home to find that everyone in their garden is missing there’s only one gnome to call SHERLOCK GNOMES. The famous detective and sworn protector of London’s garden gnomes arrives with his sidekick Watson to investigate the case. The mystery will lead our gnomes on a rollicking adventure where they will meet all new ornaments and explore an undiscovered side of the city.